A dream has come true!

A dream has come true! 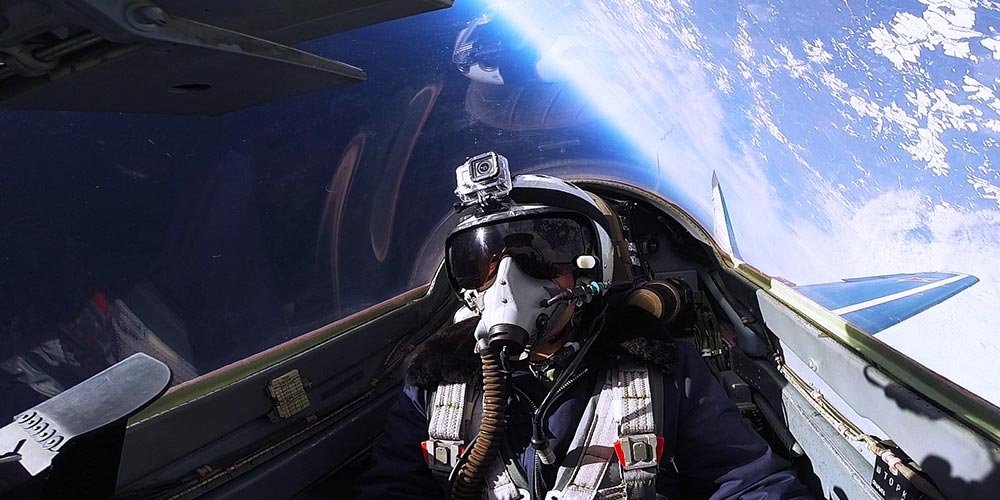 I shared and share my childhood dream of flying a fighter jet with many people. But only for a few of us, this dream becomes a daily routine, and so I sit in the office of a large company every day instead of in the cockpit of a Eurofighter Typhoon. Since it is an aerospace company, the reference to military aviation has, thank God, not completely disappeared.

Alexander on the way to his "Edge of Space" flights

Over the years, I've looked again and again at which organiser made which offer to be allowed to take a seat behind the control stick of a jet for at least a few minutes. In 2014 I came across Space Affairs. On the occasion of my 40th birthday, it should become true, my "ride through the clouds, on a Mig29 UB".

During the preparation of my trip, I was well looked after by Andreas P. Bergweiler from Space Affairs, who was always available for my requests and numerous questions. In the end, nothing could go wrong, and so I started my journey well prepared in mid-February 2015.

Everything went smoothly and highly professionally organised, from the pickup at the airport in Moscow to the city tour and the train ride to Nizhny Novgorod. A bit adventurous was the taxi ride from the station to the hotel, smooth roads and a non-English speaking driver who tried to do it like a Formula 1 driver...

The Aleksandrowsky Garden Hotel is a house that meets western standards. So there was also nothing to complain about here. The next morning I went into the caring hands of the partners of Space Affairs, a really excellent all-around care, already during the trip to the airbase.

Arriving at the Sokol site, we first visited the 'in-house' museum with a lot of information about past times. The final medical examination followed the clothing with an anti-g suit, suit, helmet, breathing mask and briefing by the pilot, in my case, it was Yuri Kolyakow. The obligatory tour around the plane was done together, then the buckling up, last instructions in the cockpit, and finally the canopy was closed, and the engines started. An indescribable feeling, our jet comes to life...

The flight offered everything that had been discussed in advance, in the first part the thrust into the stratosphere, in the second then flight manoeuvres and high g-loads. It would not do justice to what I had experienced if I tried to put all my impressions on paper, and it would also go beyond the scope of this statement. Therefore I would like to refer to the video clip, a compilation by Andreas Bergweiler.

During the whole flight I had one hand on the joystick, the other on the throttle, the feet in the pedals. Enthusiastically I followed the steering impulses of my pilot. Several times I was allowed to do my first flight manoeuvres myself. And that on a Mig 29, of all things, beautiful!!

I was always anxious not to exceed my own load limit on that day to really enjoy my flight from the first to the last second. And that's what I did, everything is done right, so maybe a little (too) carefully! Sometimes in the aftermath, the feeling creeps up on me that one could have used the precious minutes even better in one place or another.
Why land when the fuel is still enough for another looping, why breathe oxygen preventively when the stomach is fine...
The only thing that helps here is to consider a second flight. Since I have fortunately already completed my high-altitude flight, this would then be a "High-Performance Aerobatic Flight Program" for me with vertical take-off and the most extended possible phases in which I am given the steering wheel... That's the way it is, barely got off the plane and you start dreaming again.

My heartfelt thanks go to everyone who made this fantastic journey possible, the many friendly people behind and in front of the scenes of this event. I would like to mention Yuri Polyakov, my pilot, Irina, my guide in N.N., Vasili, Elena, the drivers Sergei 1&2, and of course Andreas P. Bergweiler from Space Affairs.

It was an unforgettable experience, which more than fulfilled my expectations, and I was lastingly and constantly thrilled. Not a day goes by when I'm not happy to have flown a fighter jet, a great feeling, always connected with the question when I'll be able to roll back to the start with Yuri! For me it's clear: I'd instead fly a jet once than 10 years of beach and ski circus.

Alexander is working in Munich at an aerospace company and dreamed always about going to space.
So, with his „Edge of Space Flight“ he came close as possible to the stars.