There’s a countdown clock about 20m in front of us. We have secured a fantastic view of the rocket, and have a whole section to ourselves. The screen with the countdown clock occasionally streams the live feed from the Soyuz, and we can see Alex, Serena & Sergei in the module. People are chatting away, keeping one eye on the rocket at all times. It's a hot day, I have to wear my hat again, my arms are already burnt from this morning when we were at the Cosmonauts hotel waving Alex and the crew on to the bus headed to Building 154 to suit up in their Sokol spacesuit and make final checks before launch.

Outside Building 154: 2 hours to launch

Our Roscosmos guide waves his pass, and we are allowed through to a cordoned off area outside the building, where friends and family and space officials only have access. I have an excellent viewpoint, right in the front row, behind the official rope. Security is managing the crowd very well, and we are all kept in our place. We wait a long time, standing there in the hot sun, but I’m not prepared to give up my right spot. It's worth it when after about an hour, Alex, Serena and Sergei emerge, in Sokol suits, its an image I’ve seen many times online, but now its happening in front of me, a mere 3 m away.

It doesn’t seem real somehow. Directly across from me are Alex’s family, and I realise that as Alex walks past us, that this is their last moment together, and that it's in public. And I think about how hard that must be, for both family and crew. I look at Alex’s parents- they are smiling thinly, their fear is disguised, but the eyes reveal a little more. I think about that moment and what it must be like for them, what they must be feeling. And kind of processing it all when suddenly people are roaring, and my clear view is immediately obscured by the press and others. I’m expecting the security to order them back, behind the rope but it's not happening. I realise suddenly that I’m in a sort of post-GAA match moment when crowds are unofficially thronging the pitch, to personally thank the team for their fantastic victory.

As soon as the crew approach the bus, everyone pushes even more forward and by the time that the bus doors close, I’m one of the few people left standing in my original place. I rush forward to wave them off and catch Alex, staring down at his family, his hands in white gloves touching the glass.

I try to find his family in the crowd but can't, so I look back at Alex. He keeps his eyes fixed on them. Even among all these people, it's an intimate moment, and I’m ashamed that I didn’t look away. The bus pulls out, headed to Launchpad 1, people running behind it, all the way to the gates until it turns the corner and it’s gone. His family are left, still standing together and hugging each other as everyone else scarpers away back to their vehicles. I want to go over to them, to wish them well, but who am I to them? I’m too shy to approach. I hear Andreas call, ‘Niamh, come! We have to go! Come now! I look back – only the families and a few officials are left in this open space. I run to catch up with the group. And we are rushing across the Steppe again in our van with magnificently bad suspension, headed towards our viewing area. It's getting inspiring indeed.

My camera is all set up on the tripod, everything is ready to go. I also have my phone fully charged to take pictures. Andreas is also taking footage for all of us and has a GoPro mounted to the top of his camera. The amount of camera equipment in this field is extraordinary. There’s a real buzz now, with just 3 minutes to go. ‘Remember this moment’, Andreas says to me quietly. ‘You will never forget your first launch at Baikonur. It’s an extraordinary thing, especially for you.’ I nod, but not quite sure what he means.

T minus 1 to launch:

This is it. This is the moment that we’ve all been waiting for. The whole trip has been building up to this. I check my camera one last time and press record.

Soyuz MS-09 on route to space

T Minus zero - the Launch:

A Russian male voice comes over the tannoy. It's the 10-second countdown. The initial spark. The rumble. A massive explosion that overflows onto the right of the rocket. Vibrations, a wobble in the missile, then a move upwards, slowly first, and then boom, its off. In to sky. Going faster, faster, faster. The brightness of the rockets burning, the power, the heat and light on my face, the ground rumbling, to witness such speed, to know that 3 people are at the top, three people who are tiny in comparison to this huge rocket, it overwhelms me. The moment of launch explodes into my brain. Trying to make sense of what I’m seeing. But I can’t. I glance to my camera, I’ve forgotten to move it to follow the rocket, the focus is off. I’m trying to keep taking pictures, it's too much to do, there’s something a lot more interesting happening right in front of me. Sod it. I give up the camera and just watch the rocket sprint up into the air. It's all happening too fast. ‘Gotta remember all of this’, I think. But it's not possible.

The sound of the rocket is exquisite, its this dripping, popping constant drum. No-one is speaking. It's calmly quiet. I quickly glance around, and everyone is watching the rocket behind a device of some sort. I have an overwhelming urge to scream and whoop and dance and cheer because I’m so excited, and all the big sounds and vibrations, I want to respond to it all, do what my instinct tells me. But I know that I’d ruin everyone else’s experience if I did. ‘Go! Go! Go!’ I whisper instead, ‘Go!’ as I raise my hands in the air and throw my shoulders back. I try to absorb it, all the while knowing that there are three people on the top of this huge machine heading further and further higher. The first stage separates, and onwards the rocket goes. They seem so small to me now. I’m trying to see them in there, what they are feeling, experiencing. I feel an overwhelming sense of pride. The achievement of it all. I’m so proud to be a human, to celebrate this moment, and then the emotion hits me.

Those first 3 minutes as I watch them climb up, up and away are magnificent. From then on we peek at the live stream from inside the Soyuz and back at the sky for the remainder of the launch. The Russian voice tells us that the second's stage has separated. Still so very quiet around me. No-one dares celebrate without the all-clear. Then the Russian voice comes back on the tannoy, and we’re told that the launch has been a success! Video of the crew comes through, weightlessness has kicked in & they seem relaxed. Eight and a half short but very long minutes have passed and Alex, Serena and Sergei are on their way to the International Space Station.

People are cheering, hugging, comparing footage and chatting feverishly about how it all went. ‘A perfect launch’, ‘flawless’, ‘couldn’t have gone better’, I hear. Andreas shouts ‘Group photo! Everyone, come here, we need to take a group photo’. I don’t want to a group photo, I’m not ready yet. I want everything to be quiet again, the way it was just a few moments ago. I want to see it again. I start to walk away further into the Steppe, towards the launch pad and away from the crowd at the viewing area. Because I’m crying and I don’t want anyone to see me.

I have so many thoughts spinning in my head, I need some time here, in this spot, to absorb them all before I let the moment pass. Vasily catches up with me and motions for me to come back for the photo. Galina sees that I’m crying and hugs me. ‘What? You’re crying?’, barks Andreas. ‘In all my years of launches, I’ve never seen that reaction before’. But he knows me, and I think he understands. Vasily edges away, my tears have made him uncomfortable. I can’t talk. I don’t want to. I want to hold on to the experience a little bit more. We take the photo, and everyone starts to head back to the van.

I walk back into the Steppe, grab my phone and press record, and make a small video. I gather myself together and walk back towards this beautiful group of friends. On the van back to the hotel we toast the mission with vodka, a Russian tradition seemingly. A little bit squiffy from the alcohol I stuck my head out the only window in this desperately stuffy van. It was one of those moments of total and utter contentment, that beautiful calm of happiness and joy.

The lobby is full of ESA personnel, already celebrating the launch and rightfully so. Romain is there, who I know from the Astronaut Centre and Jules Grandsire Head of Communications and more. I’m invited to their party, but I prefer to spend my last evening with my own Baikonur crew. At our favourite restaurant, later on, we vow to return to Kazakstan for Alex’s landing. We think that it might be in October. That's a busy month for me, always with Space week and preparations for Science week. But I don’t care, I’ll figure out a way of returning.

Niamh was with us in the summer of 2017 on a parabolic flight in the Star City, and later she feverishly awaited her first live start in Baikonur, and this touched her extraordinarily.
She has more stardust in her than carbon. 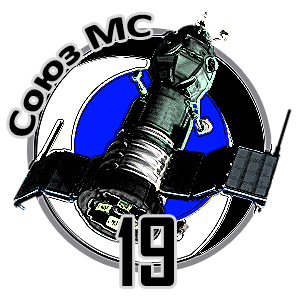 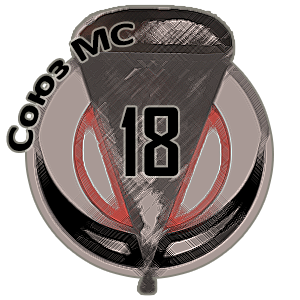 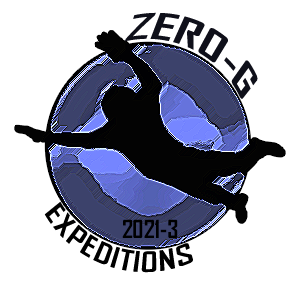